From styrene to polystyrene to the production of Styropor®

Polystyrene is a plastic polymer that is used in many areas of everyday life: be it for yogurt containers, packaging materials, toy bricks or for insulation purposes in building and construction. Probably the best-known use, however, is foamed polystyrene, also known as Styropor®. We have taken a closer look at this special material and answer questions about the production, properties, use and recycling of polystyrene in this article.

Next to the most common polymers or plastics in this world (polyethylene, polypropylene), polystyrene has a very special position. This starts with the raw material. Stryrene, also known as vinylbenzene - is an aromatic molecule similar to toluene or benzene. It has an intense, flowery-biting odour. A short side chain consisting of two carbon atoms is attached to the ring-shaped basic body. This forms a double bond, thus this molecule is called unsaturated. The molecule can react at this side chain. In the case of polystyrene, this means in a polymerisation. Thousands of styrene molecules are linked together along this side chain to form polystyrene, a hard, brittle and crystal-clear plastic. When it is foamed, it forms the familiar mass for insulation and packaging.

Where does styrene come from? How is it produced?

Styrene is found in small quantities in crude oil, naphtha and products that come from a refining technique called cracking. These quantities alone are not enough to meet the world’s demand.

Therefore, styrene is produced synthetically from ethylbenzene. The ethylbenzene is passed over a catalyst together with a very large amount of steam. This dehydrates the molecule to styrene. The hydrogen thus obtained can be used elsewhere in the refinery. To a lesser extent, ethylbenzene can also be oxidised first and reacted with propene then. The resulting propylene oxide is a very valuable base chemical. However, this process is only used where the propylene oxide can be directly utilized. It is very reactive and can only be stored and transported to a limited extent.

Styrene readily polymerises on its own. Already at elevated temperature or by sunlight (UV) it starts to form short polymer chains. The liquid becomes more viscous. Industrially, various catalysts are used to accelerate the reaction.

What kind of material is polystyrene?

Polystyrene is colourless, hard and resembles glass. It breaks and splinters just as easily. Beverage cups in airplanes are still often made of solid polystyrene. In many other cases, however, it has been replaced by polypropylene or paper. If it breaks, you can smell the odour of the monomer styrene for a short time.

The plastic burns very easily and with a strong sooty flame. The smell of styrene is distinct. It drips and flows and can accelerate fires. Foamed polystyrene used in buildings is therefore always equipped with a flame retardant.

How is polystyrene recycled?

Even when polystyrene is broken or burnt, you can smell the typical styrene odour. As easily as the molecule polymerises, it depolymerises again at high temperature and in the absence of oxygen. Since polystyrene is relatively easy to separate from other plastics and the monomer can be separated from dyes, additives and fillers by distillation, material recycling is in many cases easier than in case of polyvinyl chloride (PVC), polyethylene (PE) or polypropylene (PP).

What is polystyrene used for?

Polystyrene used to be much more widely applied for everyday objects than it is today, mainly as a substitute for glass. However, it breaks and splinters easily, the surface becomes yellowish and cracks over time.

Today, it is occasionally used for beverage cups, pallets for potted flowers, CD jewel cases, fruit and vegetable trays, yoghurt pots and the like. Mostly, however, it has already been replaced by polyethylene (PE), polypropylene (PP) or PET.

Styrene is also used as a co-monomer in plastics such as styrene-acrylonitrile (SAN) or acrylonitrile-butadiene-styrene (ABS). ABS in particular is enjoying great current popularity. It is a plastic that is impact resistant, tough and highly glossy. The best-known applications are toy building blocks or high-quality interior fittings (furniture, television sets, kitchen appliances).

The most familiar use, however, is foamed polystyrene. The brand name Styropor® is virtually a synonym for it. In 1951 it was introduced by BASF with its invention of expandable polystyrene (EPS). Today, the name Styropor® stands for high quality standards that manufacturers must meet in order to be allowed to call their material by that name.

What is expanded polystyrene (EPS)?

Everyone knows the massive but very light materials (as little as 15 kg per 1000 litres of volume) that consist of foam beads of roughly the same size that stick together. How is something like this made?

In a reactor, water and liquid styrene are broken up into uniform drops by an agitator. A surfactant, a kind of rinsing agent, is added to the water to keep the droplets stable. The styrene was previously mixed with a catalyst and a blowing agent. In the past, fluorinated or chlorinated blowing agents were often used, but today they are almost exclusively Pentanes. Mostly iso-Pentane, n-Pentane or a mixture of both are used.

While the styrene polymerises, heat is released. This heat can be easily absorbed by the water. Otherwise the drops would stick together. After the styrene has completely polymerized and cooled down, the beads are washed, dried and sorted according to size. They are then heated over steam and pre-foamed. This softens the polystyrene and the pentane evaporates slightly, but not completely.

The shelf life is limited because Pentane constantly escapes even at room temperature. Therefore, the material must be finished quickly. These pre-expanded beads are placed in a large heated mould at the end user, for example an insulation manufacturer. The pre-expanded beads soften more and the surface becomes sticky. The pentane evaporates completely and expands the material to its final size. The foamed block is removed from the mould, left to cool and then cut into sheets using a hot wire. These sheets are applied to house walls for insulation purposes.

What is extruded polystyrene (XPS)?

The best known form of XPS is polystyrene flakes, which are produced for packaging purposes. This trend is on the decline, however, and the actual use of XPS is for insulating panels, known as panels or boards, for building construction. They are coated or laminated on the surface. Depending on the manufacturer, they are not white or grey like EPS, but dyed in a specific colour.

Styrene can not only be polymerized into beads in water, but also directly. This produces a granule which is loaded into an extruder where it is melted and mixed with additives and dyes. A screw inside the extruder ensures uniform heating and mixing. It conveys the material to the nozzle. Inside the nozzle, just before release, the liquid, highly viscous mixture is mixed with Pentane. This can be n-Pentane, iso-Pentane or a mixture of both. At the prevailing temperature, the pentane evaporates, but the high pressure ensures that it dissolves in the polystyrene matrix. When the mixture leaves the nozzle, the pressure drops rapidly and the polystyrene expands. Depending on the shape of the nozzle, the polystyrene can be formed into flakes or endlessware. The endlessware, also called panels or boards, are foamed to the required thickness, the surface is machined and laminated if necessary and cut to the desired length. Such panels are used for interior finishing as well as for the insulation of facades.

Modern demands on construction can no longer do without insulation and polystyrene foam plays a central role in this case. It is inexpensive and provides a relatively thin insulating layer (PU foam is even thinner, e.g. wood fibre or rock wool is much thicker). This allows both individual ideas to be realised and building regulations to be easily implemented.

These blog articles could also be of interest to you:

Polystyrene is a special plastic polymer that is used for many everyday objects. The best-known use, however, is foamed polystyrene, commonly known under the trade name Styropor®. The lightweight material is particularly suitable as an insulating material, for thermal insulation and as a packaging material. Pentanes are used as blowing agents in the manufacture of the products.

Did you know that we have researched the benefits of pentane blends for the PU and PIR industry? Read our blog article or feel free to download our study for free! 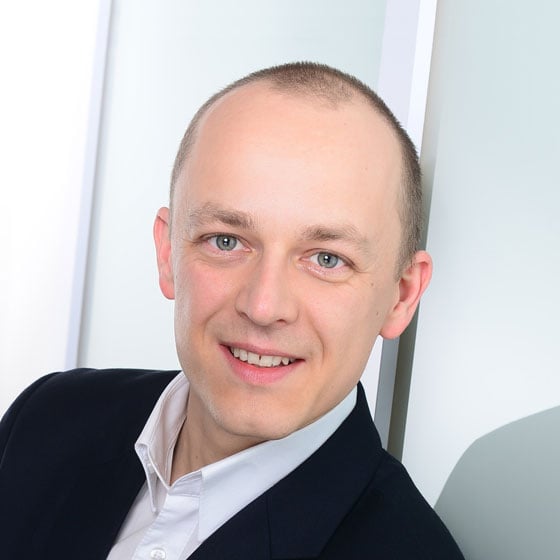 Dr. Henning Böckemeier is technical contact for the areas of Performance Solvents, Middle Distillates and Renewables at Haltermann Carless. As Manager Technical Services & Development he holds the connecting position between sales, marketing and laboratory. His focus is on the development of new products and sustainable hydrocarbons as well as the evaluation of new raw materials. info@h-c-s-group.com 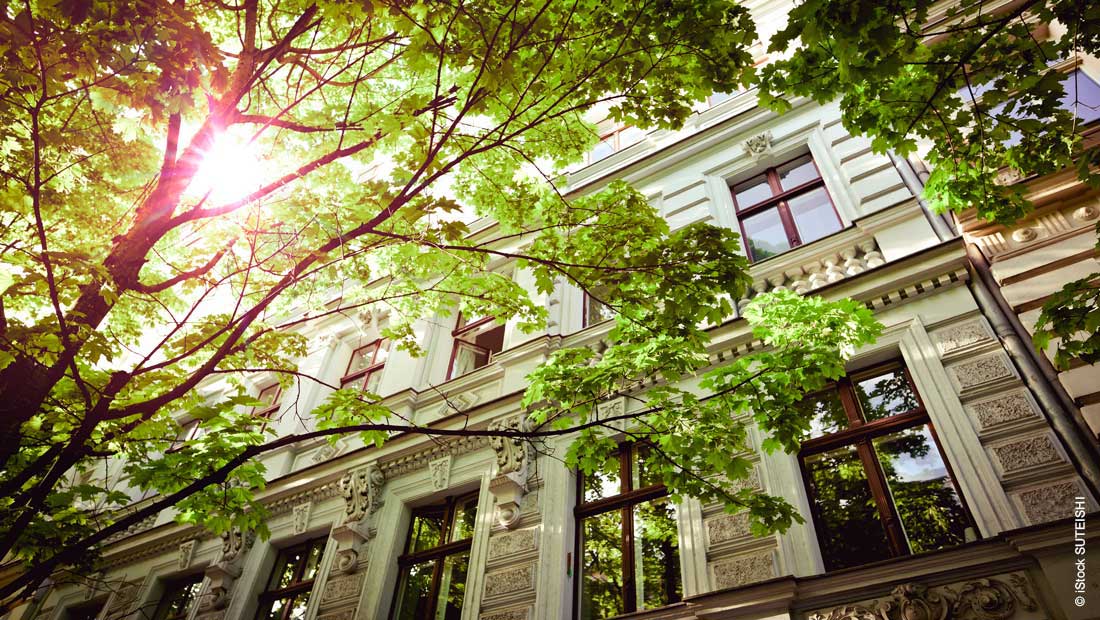